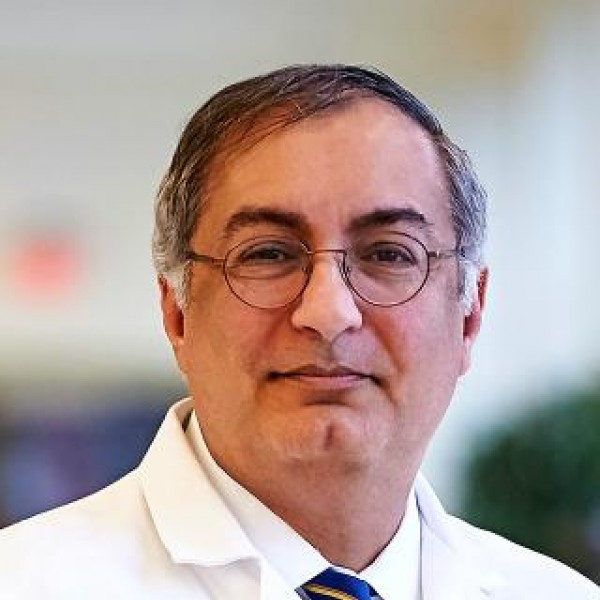 El-Deiry is the deputy cancer center director for translational research and co-program leader in developmental therapeutics at the Fox Chase Cancer Center in Philadelphia, PA. He is one of 40 active American Cancer Society Research Professors.

El-Deiry’s lab is focused on translational drug discovery and development; unraveling cell death signaling downstream of tumor suppressors p53 and TRAIL and developing novel therapeutic approaches for colorectal cancer. The lab does screening to discover new drugs, molecular and cellular analysis of new drug mechanisms, live tumor growth and drug effectiveness studies, and clinical trial development for testing of new treatments for patients with colorectal cancer. El-Deiry is interested in the role of bone marrow-derived cells towards solid tumor growth, the impact of the tumor microenvironment and cancer stem cells on tumor growth and therapy resistance, and cross-talk between cells and pathways in tumor progression and therapy resistance.

In his career, El-Deiry has made several discoveries in the field of cell death and tumor suppressor genes including discovery of TRAIL death receptor DR5 as a target of the p53 tumor suppressor. He discovered p21(WAF1) as a p53 target gene, universal cell cycle inhibitor and tumor suppressor gene that for the first time explained the mammalian cell stress response. This is the most highly cited original work published in the journal Cell over the last 20 years.

Prior to his position at the Fox Chase Cancer Center, El-Deiry was the Rose Dunlap professor of medicine and chief of the hematology/oncology division at the Penn State University Milton S. Hershey Medical Center and Penn State College of Medicine. He was also the interim director and associate director for translational research and program leader of experimental therapeutics at the Penn State Hershey Cancer Institute.  El-Deiry earned his MD and PhD degrees from the University of Miami and completed an internal medicine residency at the Johns Hopkins Hospital. He then completed an oncology fellowship at the Johns Hopkins Oncology Center in Baltimore.

El-Deiry has over 300 peer-reviewed publications and has edited five books. He has been an active member on journal editorial boards including as associate editor for the Journal of Clinical Investigation (2007-2010) and as the editor-in-chief of Cancer Biology and Therapy (2001-present). He was named as a highly-cited researcher by Thompson ISI in the field of molecular biology and genetics in 2005 and as one of America's Top Oncologists by the Consumer Research Council of America in 2008 and 2009.