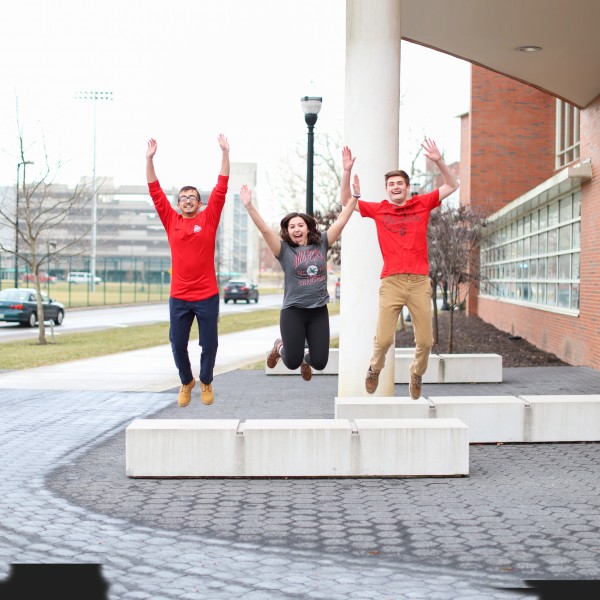 The Damani family story is one of community.

Nalinkant (Nalin) Damani, MS ’63, immigrated to the United States of America after completing his undergraduate degree in India. He didn’t have a lot when he came over and, as a result, experienced much hardship. But everywhere Nalin went, he built or became part of a community of friends and family – always rooted in the belief in the importance of education.

“(My dad) didn’t know much about Ohio State when he came from India – his family couldn’t afford to send him to college, but his brother helped and he was in a work-study program and worked in labs,” said Milan Damani, Nalin’s son. “Dad wanted to be a doctor. He kind of fell into pharmacy and at the time he got his pharmacy degree, India was a newly formed democracy. There were hardships (and) the U.S. was a land of opportunity where he could build his own path.”

Nalin enjoyed his time at Ohio State but didn’t have enough money for winter clothes or much food. To make money, he sold encyclopedias with other students on the weekends. He would also get together with students from different parts of India to cook Indian food and share their culture.

“Ohio State had a deep meaning for Dad. He had a true passion around education,” Milan said.

After he finished pharmacy school, Nalin moved across the country to California. He spent most of his career in pharmaceuticals, the last 28 years at Proctor and Gamble. He created numerous patents.

“My dad’s brilliance transcended any one product area in pharmacy,” Milan said. “My dad received a number of patents for periodontal disease treatments and regenerative products and worked on transdermal delivery of medication. He also acquired license technologies to deploy medicine into the body to address different disease states.”

In 2016, Nalin passed away from complications from kidney disease, which he battled for over a decade. His wife, Taruna, and sons, Milan and Manish, have since been working on a way to honor Nalin.

“We’ve been fortunate in our lives and our careers. When we think about where our lives have come from, we think about how we can give back and make an impact on others,” Milan said. “We want to be an example of how to create a stronger and healthier community overall by passing on the legacy of education and helping others get educated.”

To bring this legacy to fruition, the family created the Nalinkant C. Damani Scholarship Fund, which offsets the cost of education for four College of Pharmacy PharmD students and allows them to focus on their studies and pharmacy rotations.

Nalin’s family is honoring his memory by strengthening their community through education – just as Nalin did when he came to the U.S.

“My dad was very focused on education – it was the most important thing. It takes a community to grow an individual,” Milan said. “Often today, people need a helping hand – and that’s why this is so important to us.”

Mark Szewczyk, BSPharm ’93, is very familiar with the challenge of having to work during college. When he was a student at the College of Pharmacy, he said he had numerous jobs to help pay for his tuition and boarding.

“College was challenging – I was paying for everything myself,” Szewczyk said. “I had multiple jobs, working in research labs, in the pharmacy practice department and other jobs on and off campus as well. I was also fortunate enough to receive some academic scholarships and grants to lessen the cost burden.”

Now, Szewczyk is the vice president, Global Commercial Operations of Abbott Laboratories Molecular Diagnostic Division in Chicago, Illinois, but he has not forgotten his own experience as a pharmacy student and needing a little help.

When thinking through ways to give back to others, he wanted to help the college. Finding a student in a similar situation to him really stuck out.

“I wanted to help a student who might be in a position similar to me. Ashtabula, Ohio is where I grew up, and if I could do something to help someone financially from there or northeast Ohio, that would be great,” he said. “I am fortunate enough to be in a position to help students like me, and I believe investing in education is one of the best investments we all can make.”

Szewczyk recently signed a five-year pledge to create the Northeast Ohio Fund, which provides need-based support to undergraduate students in the College of Pharmacy. Special consideration will be given to students who have experience living or working in diverse environments.

“There weren’t abundant opportunities for people where I grew up, and if I can help give someone an opportunity who wouldn’t otherwise have one, that’s what I wanted to do through this scholarship,” he said. “I am hoping this scholarship can follow a dedicated and hardworking student throughout their time in the College of Pharmacy.”

The Northeast Ohio Fund was distributed to two Class of 2024 undergraduate students this year: Juwayriya Ahmed and Hawa Gueye.

View the full issue of PharmImpact