Pharmacy student aims to end stigma of addiction through song 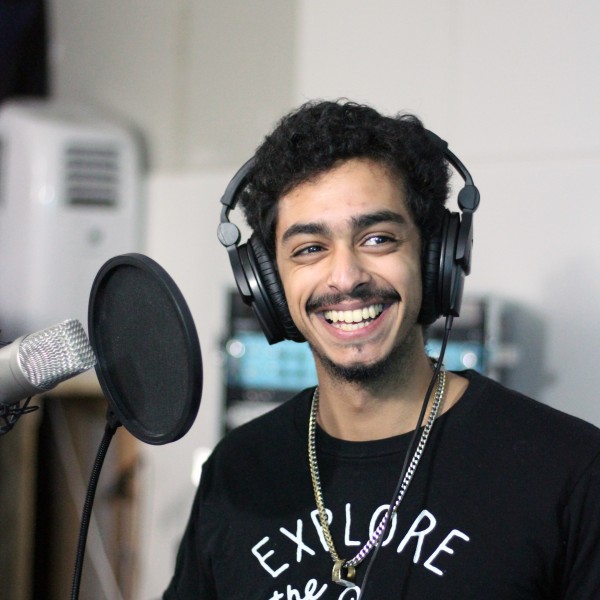 With his mind wandering in class, Tork Barayan, a Class of 2021 PharmD student, ended up writing an eight line poem that would eventually turn into a song with much more meaning – both personally and professionally. After more than three years of work, Barayan released the song “War on Drugs.”

“I felt as though I had a responsibility as a future pharmacist to bring awareness of this topic outside of the classroom,” Barayan said. “We are the drug experts – and one of the factors that perpetuated the epidemic was the lack of education regarding the risks of misusing opioids.”

About a year into the project, Barayan became busy with pharmacy school and took a break on creating the song. Then, in 2019, as Barayan was heading to the Columbus airport to catch a flight home to Saudi Arabia, he received a call that his younger brother, Abdulmohsen (Abdul), had been hospitalized and was in a coma. By the time Barayan landed in Jeddah around 24 hours later, Abdul was declared brain dead.

“The cause of Abdul’s death was a laced heroin overdose. I felt as though I owed it to my brother to finish the song,” Barayan said.

“War on Drugs” is a song about addiction, but more importantly the people behind the addiction.

“At its core, the song reminds the listener that those with substance use disorders will always be people,” Barayan said. “Addiction is a frightening disease that behaves like a parasite in its host, compelling it to do things against its better judgement to feed the cravings. If we detach the disorder from the person, we can make great strides in lessening the stigma behind substance use disorders and hopefully get more people into recovery. Validating one’s existence is a powerful thing.”

“War on Drugs” was released under Barayan’s artist name, King Rx, on Sept. 7, the day that Abdul would have celebrated his 23rd birthday. Barayan is currently working on a larger concept album called “Dreamland,” after the book by author Sam Quinones, which will dissect the opioid epidemic even further.

On the song, Barayan said, “If I can touch one person’s life in a positive way, I would like to think that Abdul would be proud of me.”

View the video for “War on Drugs” on YouTube, and listen on Spotify and Apple Music.

September is Recovery Month. Take the pledge to end the stigma of addiction here. Students who are in or seeking recovery can find support at The Ohio State University Collegiate Recovery Community.