Marching to his own beat: Przemysław Radwański’s quest to treat heart arrhythmias 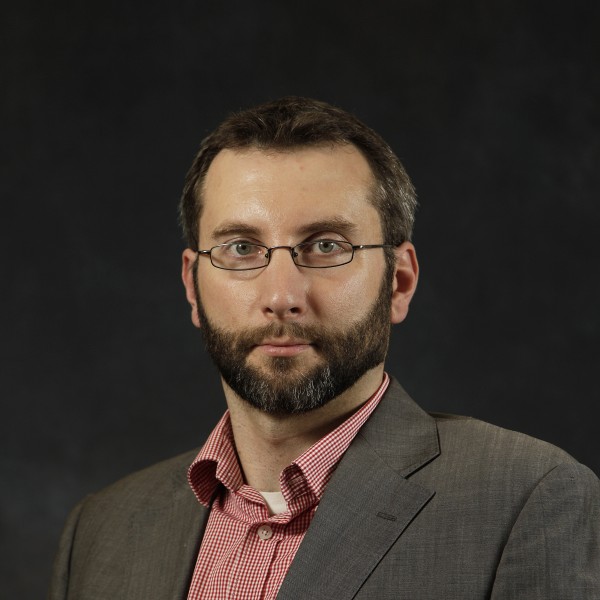 Sudden cardiac death (SCD) is the leading cause of death in the United States, claiming about 325,000 adult lives each year and making up about half of deaths due to heart disease. The most common cause of SCD – also known as sudden cardiac arrest, or the loss of heart function – is heart arrhythmias, or abnormal heart rhythms.

Przemysław Radwański, PharmD, PhD, assistant professor in the Division of Outcomes and Translational Sciences at The Ohio State University College of Pharmacy and an investigator at the Ohio State Dorothy M. Davis Heart and Lung Research Institute (DHLRI), focuses his research on cardiac biophysics and pharmacology in order to better understand life-threatening cardiac arrhythmias and develop effective antiarrhythmic therapies.

“As every pharmacologist knows, the right sodium channel blocker in the right context can be a lifesaver. But, choose wrong, and the consequences can be life-threatening,” Dr. Radwański said. “I wanted to know why, and this question continues to motivate my current research program. Addressing this question could be an important step toward saving some of the 300,000+ lives claimed by cardiac arrhythmias each year in the U.S.”

His research is showing significant progress.

Researchers in Dr. Radwański’s lab have identified that neuronal-type sodium channels make up a small fraction of sodium channel pool in the heart but have a disproportionately large impact on cardiac calcium dynamics, particularly in disease. With a mix of pharmacology principles and cutting-edge biophysical and imaging approaches, Dr. Radwański and his research team are developing therapeutic approaches that are effectively preventing arrhythmias while avoiding the deadly side effects usually caused by other antiarrhythmic agents.

“The Ohio State University offers a unique environment, where multidisciplinary collaboration thrive across campus and in particular within DHLRI,” Dr. Radwański said. He works in collaboration with Drs. Rengasayee Veeraraghavan (Biomedical Engineering), Cynthia Carnes (Pharmacy), Sandor Gyorke and Jonathan Davis (Physiology), all members of DHLRI and all improving outcomes in patients with heart disease.

Dr. Radwański grew up in a small town in the hills of southern Poland. His parents moved to the United States when he was 11 and settled in Chicago, where he completed the remainder of his middle and high school education. It was during an introductory bioengineering course at the University of Illinois at Chicago (UIC) that Dr. Radwański was introduced to the connection between the physical sciences and biology. He enrolled in the Doctor of Pharmacy program at UIC, which provided a human context for his developing interest in bioengineering.

As a third-year PharmD student, Dr. Radwański worked closely with Jerry Bauman, PharmD, who provided his first clinical research opportunities with patients with cardiac arrhythmias. Dr. Bauman would be one of several mentors who would guide Dr. Radwański through his career. “I was really drawn towards mentors in the School of Pharmacy with established research programs in clinical pharmacology,” he said.

After earning his PharmD, Dr. Radwański moved to Utah to complete a residency in clinical pharmacy at the Intermountain Healthcare’s LDS Hospital. He then enrolled in a graduate program in the University of Utah’s Department of Pharmaceutics and Pharmaceutical Chemistry, where he earned a PhD and completed a fellowship in experimental cardiovascular pharmacotherapy.

“This unique and individualized training program employed a translational approach to cardiovascular research that combined training in clinical trials, experimental design and basic science,” he said.

Completing this chapter in his career didn’t come easy. Leaving the prospect of a steady income as his family grew and immersing himself in graduate studies presented one of the most challenging periods of his life, Dr. Radwański said. But it pushed him to think outside the box and land a part-time job at Intermountain Healthcare, which allowed him to grow as a clinical pharmacist.

“Working in an intensive care unit challenged me as a pharmacist, while working in the lab allowed me to hone my scientific skills,” he said. “Marrying these two experiences that I love the most – scientific inquiry and clinical pharmacy practice – gave me an opportunity to grow as a translational researcher and afforded me an opportunity to test questions in the lab that arose in a clinical setting.”

Dr. Radwański’s interest in the complex interactions between sodium and calcium signaling, which can sometimes lead to deadly heart arrhythmias, grew during his research in Utah. He turned to Sandor Gyorke, PhD, a prominent cardiac researcher in the Ohio State College of Medicine Department of Physiology, who offered encouragement and mentorship. Dr. Gyorke introduced him to Cynthia Carnes, PharmD, PhD, senior associate dean of research at the Ohio State College of Pharmacy.

“Dr. Carnes became instrumental in helping me develop a translational component to my research,” Dr. Radwański said. “It was with her guidance that I became involved with the College of Pharmacy.”

Dr. Radwański has been the recipient of several grant awards, including three from the National Heart, Lung, and Blood Institute. He has been an investigator on over 20 publications, notably an article published in Cardiovascular Research in 2015 that highlighted the role of brain-type sodium channels in the heart in the development of cardiac arrhythmias during fight-or-flight response. The study motivated a recently published article in the Journal of the American Heart Association that demonstrated that brain-type sodium channels in the heart can be targeted to prevent heart arrhythmias. Dr. Radwański’s team is currently working with physicians to develop a prospective, double-blinded and randomized clinical study to directly test the efficacy of this finding as a therapy for patients with atrial fibrillation.

Today, Dr. Radwański’s CV is full of achievements ranging from honors and awards to book chapters and extramural presentations. He attributes much of his success to the mentors he has had throughout the years and their role in shaping his career.

“It is rather evident that my mentors helped me crystalize my fascination with cardiac physiology into tangible, ongoing research pursuits,” he said. “These are the most important relationships a scientist can establish in their career – which often last a lifetime. I still find myself seeking their advice, without which I would not be where I am.”