An idea, a pitch, a dream internship 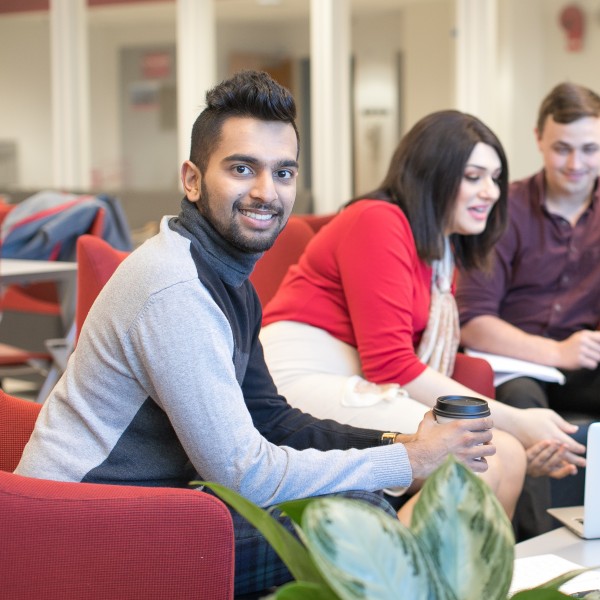 It was at the World Medical Innovation Forum in April where Smit Patel’s idea sparked: Bring cost transparency to the pharmacy distribution system using real-time data and innovative technology like artificial intelligence and data analytics. Now all the College of Pharmacy PharmD student needed was an audience—and a summer internship.

Patel reached out to Gary Rutherford, chief clinical officer and co-founder of HealthPlan Data Solutions (HDS) in Columbus, whom he met at a conference earlier in the year. A few weeks later, Patel found himself in a boardroom at HDS’s headquarters downtown pitching his idea to Rutherford and the company’s top brass.

“I found out later that the meeting was an unofficial interview and they were interested in creating an internship position for me to work with them,” Patel said. “The rest is history.”

HDS advocates for and manages the pharmacy benefit costs of their clients by ensuring their pharmacy benefit managers (PBMs) stay true to their contracts. Critics of PBMs say that they rely on a complex and opaque system to turn their profits.

“A large portion of the money spent on prescription benefits is disproportionately going to a few members of the distribution channel,” Patel said. “Typically this is happening because of lack of right tools to monitor, which results in issues with payment integrity.”

“It’s hard to find an organization that is working on a cause that will reshape the future of health care and is always open to ideas and ready to disrupt the market,” Patel said. “I get to work on projects that I am extremely passionate about and I know are going to affect a great number of people.”

Patel said that he is proud of the internship that his idea created and is excited for it to continue throughout the school year. “It just takes a spoonful of courage and creativity and a handful of belief that there is no problem too big to solve.”