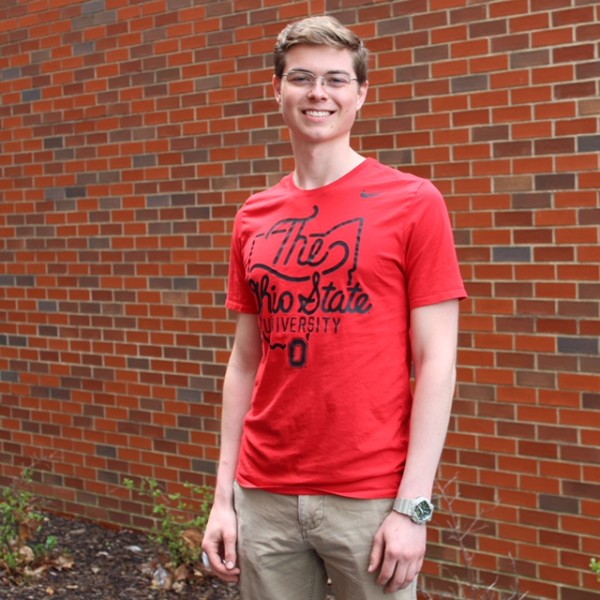 Riley Mullins, a fourth year Bachelor of Science in Pharmaceutical Sciences (BSPS) and pre-med student, received an Astronaut Scholarship from the Astronaut Scholarship Foundation (ASF). Nominated by The Ohio State University, Mullins is one of 40 students across the nation to receive this esteemed award.

Over 30 years ago, the surviving Mercury 7 astronauts came together with a goal of encouraging students to pursue scientific endeavors to keep America on the leading edge of technology. Established in 1984, the Mercury 7 Foundation, now the Astronaut Scholarship Foundation, is known nationwide for awarding among the largest monetary scholarships to undergraduate STEM students. Since its inception, ASF has awarded $4 million in scholarships to more than 400 of the nation’s top scholars.

To be considered for the scholarship, candidates must be nominated by their university professors and exhibit leadership, imagination and exceptional performance in science, technology, engineering and math (STEM). The accomplishments of the Astronaut Scholar must profoundly impact our nation through technological innovations in health care, energy, defense, aerospace, homeland security, or other areas of study. As a part of this honor, recipients receive up to a $10,000 award, a trip to Washington, D.C. for the Innovators Gala, mentoring by an Astronaut Scholar alumnus, executive or astronaut, the opportunity to participate in the a professional development program and multiple foundation events, and membership to the Astronaut Scholar Honor Society.

Mullins received his nomination from the fellowship office after his application was thoroughly reviewed by several university professors in the STEM field. Dr. Chris Coss, research assistant in the College of Pharmacy and Mullins’ research mentor, shared in his letter of recommendation that Mullins is a sharp undergraduate student who has shown elite research capabilities at a very early stage in his career. He spoke to the interest Mullins has demonstrated in his research, studying the androgen receptor in hepatocellular carcinoma (HCC) and the impact it has had in his lab.

“Riley is an exemplary early career scientist who should be encouraged to continue to pursue a career in science,” Coss said. “He is a quick learner, adept at self-study, and a gifted young pharmaceutical scientist with a bright future ahead of him.”

On being awarded the prestigious scholarship, Mullins said he feels honored and proud to represent the College of Pharmacy and university.

“Filling out the application and being considered was enough of a reward for me,” Mullins said. “Throughout this process, and with the assistance from Corey Efron from the fellowship office and Dr. Coss, I’ve gained a deeper understanding of my research, scientific writing and why I want to be a physician scientist. I feel honored to join the list of incredible scholars across the nation.”