Drawing the blueprints of drug discovery with medicinal chemistry 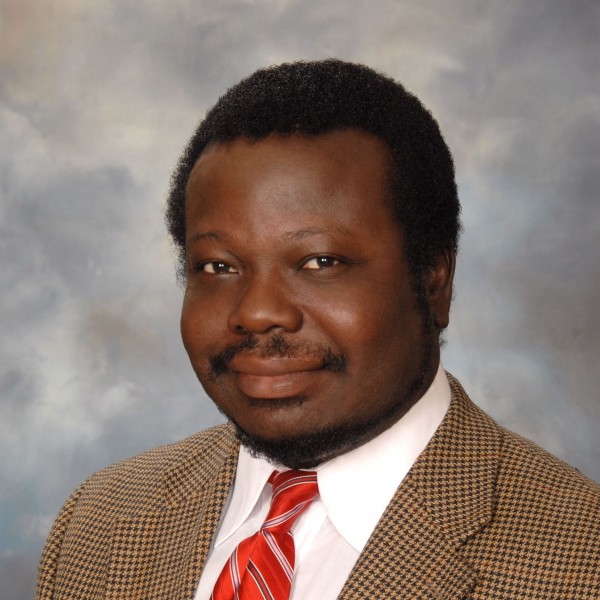 In the late 1970s, a botanist from the University of Iowa (UI) was in South America trying to figure out why ants attacked the leaves of some species of trees while avoiding others. What was it about the trees not attacked that were repelling the ants? Was it the shape of their trunk; was it their geographical location?

The botanist brought some leaf samples back to a chemistry lab at UI to test a hypothesis, that the reason the ants were repelled was due to a toxic compound in the tree that posed a threat to them and their colonies. In the lab, a young graduate student worked on what would be his first publication – isolating chemical compounds from the leaves and confirming the botanist’s hypothesis by discovering the presence of caryophyllene epoxide.

In the process of discovering this naturally occurring chemical phenomenon, Adeboye Adejare, the young researcher, discovered his own interest in honing his chemistry education and pursuing the wonders of medicinal chemistry.

“By that time, my thoughts were getting cemented that I wanted to be in drug discovery,” said Dr. Adejare, a 1985 PhD graduate of The Ohio State University College of Pharmacy. “I’m not interested in making better polymers; I’m not interested in going after boron chemistry, which was popular at the time.”

The experience was just one of many in Dr. Adejare’s career that steered him in a new direction.

Today, Dr. Adejare is a professor of pharmaceutical sciences at Philadelphia College of Pharmacy (PCP) and a research professor of chemistry and biochemistry at the University of the Sciences in Philadelphia (USciences), where he teaches undergraduate, professional and doctoral students.

In addition to dozens of publications, patents and honors, Dr. Adejare has edited several textbooks, most recently the 23rd edition of Remington: The Science and Practice of Pharmacy, for which he served as editor-in-chief – a highlight of his career.

“I knew I was not interested in seeing one patient at a time or giving drugs to one patient at a time. I wanted to be involved in discovering new medicines that thousands of people around the world would be taking. One way to get that done was through medicinal chemistry.”

Dr. Adejare developed a desire to become an educator while growing up in Nigeria with parents, who were both teachers. He completed high school in Lagos, Nigeria, and applied to several colleges and universities in both his home country and the U.S. He was accepted to Bard College at Simon's Rock in Great Barrington, Massachusetts, and decided to cross the Atlantic in 1975 to pursue higher education.

“Those were two fantastic years that actually introduced me to America—complete with snow,” he said of his time at Simon’s Rock.

After receiving an associate’s degree, Dr. Adejare enrolled in the undergraduate chemistry program at UI. By fall 1977, his professional interests had narrowed to three areas: chemistry, chemical engineering and pharmacy – and UI offered all three. He knew that whichever direction he would choose to go, chemistry gave him a solid foundation.

“Chemistry gave me the flexibility that, even if I wanted to study pharmacy or chemical engineering, I still needed all of these chemistry classes,” he said. “So no matter what, all of those chemistry courses weren’t going to go to waste.”

Dr. Adejare received a bachelor’s degree in late 1978 and went on to complete a master’s degree in chemistry from UI in 1980. At this point, it started becoming clear what impact he wanted to have on the world. So, Dr. Adejare gravitated toward medicinal chemistry.

“I knew I was not interested in seeing one patient at a time or giving drugs to one patient at a time,” he said. “I wanted to be involved in discovering new medicines that thousands of people around the world would be taking. One way to get that done was through medicinal chemistry.”

Dr. Adejare applied to several universities to pursue his PhD in medicinal chemistry, one of which was Ohio State. It was important to him that his next alma mater have at least three faculty members with whom he could study, and Ohio State’s College of Pharmacy had several to choose from.

Dr. Adejare was admitted to the College of Pharmacy’s medicinal chemistry PhD program and began doing research in the lab of Duane D. Miller, PhD, then chair of the Division of Medicinal Chemistry and Pharmacognosy. Dr. Miller eventually became his advisor.

As graduation neared in the summer of 1985, Dr. Adejare received a fellowship at the National Institutes of Health (NIH) set to begin that fall. Dr. Miller helped Dr. Adejare prepare for NIH by offering him a postdoctoral position that summer. Beyond having the ability to earn money and finish some of the research projects he started, the postdoc position set up Dr. Adejare for success as he moved on to his next chapter.

During his time as an assistant professor of chemistry at The Ohio State University at Newark in the late 80s, it became clear to Dr. Adejare that people were living longer and diseases associated with aging were going to be a major issue in the decades to come. “That was probably where I needed to go – to put my tent,” he said.

Dr. Adejare’s teaching and research career took him from Ohio State to the University of Missouri-Kansas City and Idaho State University, and his research remained focused on the areas of design and syntheses of small organic molecules to probe neurodegeneration, particularly Alzheimer’s disease.

Eventually, his work crossed over into anti-cancer research – an area he swore off decades earlier.

“When I left Ohio State, I said I would never do anti-cancer work,” he said. “It wasn’t a negative thing; I just felt that there were enough people doing anti-cancer work and I felt that was not my own calling.”

But in 2010, clinicians at the University of Pennsylvania discovered compounds that act as radiosensitizers, agents that make cells more sensitive to radiation. “They were great clinicians but did not know much about how to optimize the compound – how to do something to it that might have led to novel compounds and possibly drugs, as well as to a patent. So that was how I was invited to get involved,” he said.

Dr. Adejare studied the compound and helped develop novel ones that can be of use in radiation therapy for cancer patients – improving the efficacy of the therapy and giving radiologists more flexibility with how much radiation to use on their patients. The work led to several publications and a patent and nudged Dr. Adejare into the anti-cancer arena.

Looking back, Dr. Adejare sees chemistry—medicinal chemistry, in particular—as the root of all of the drug discovery work he has been involved in and a road map to addressing disease states.