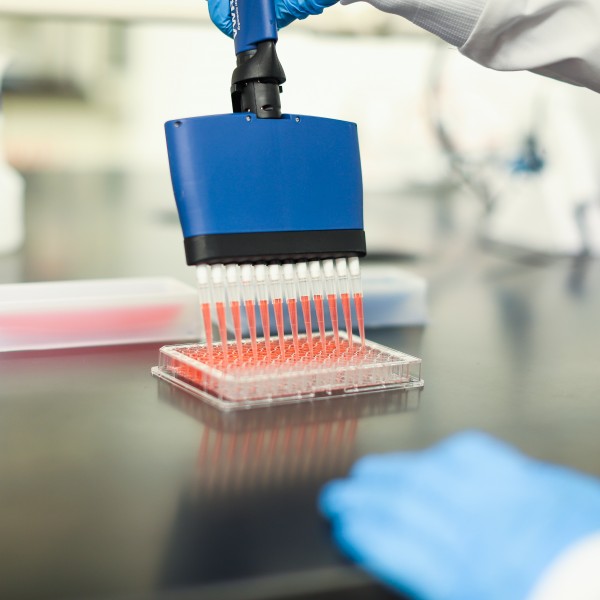 “These awards are another way to increase the output of outstanding research at the college,” Dr. Carnes said. “The grant money will allow these recipients to conduct more research in order to secure the external funding they seek.”

The 2021 grant was split between the following two research projects:

Abstract: We have recently discovered the expression of insidious, constitutively active, treatment refractory, variant forms of the androgen receptor (AR) in hepatocellular carcinoma (HCC, Cancer Res. 2020;80(3):561–575) that are associated with reduced overall survival. We believe our discovery both reconciles the persistent clinical failures of traditional anti-androgen therapy in HCC and offers promise of targeted therapy in this devastating cancer, if only the appropriate AR-targeted therapy is deployed. Fortunately, AR splice variants (AR-SV) are actively studied as drug targets for prostate cancer (PC) given their role in resistance to hormonal therapy. Multiple AR-SV targeted therapies are in the clinic including an old anti-helminthic agent, niclosamide (NIC) that has been repurposed based on its potent ability to degrade AR-SV protein. NIC has very poor solubility and limited systemic absorption, which was not problematic when treating parasitic infections of the gastrointestional tract. However, poor drug-like properties have limited NIC’s clinical utility in the treatment of PC.

In a collaborative effort between the Coss and Li Labs, we are working to improve the extremely poor drug-like properties of NIC by making amino-acid prodrug forms and novel NIC analogs, which we will then test for efficacy against AR-SV(+) HCC. We have identified one such compound (Val-NIC) that is directly active against AR-SV(+) HCC, reduces AR-SV protein, achieves therapeutic levels and 14-fold higher exposure than NIC, which we propose to evaluate in this award project. If successful, the improved NIC analogs would be useful in the treatment of both AR-SV(+) HCC and PC. This project represents an ideal integration of synthetic expertise with NIC, and it analogs, in the Li Lab and drug development and AR cancer biology expertise in the Coss Lab in the College of Pharmacy.

Abstract: Measure the comparative risk of ADEs based on exposure to different three-drug combinations involving anticoagulants, antidiabetic agents and opioids. Hypothesis: the use of suspected high-risk HDDIs will be associated with higher risk of serious ADEs (GI bleeding, hypoglycemia, and opioid-induced ADEs), compared to low-risk HDDIs. We have already identified in preliminary analysis, and the literature, the specific high-risk and low-risk HDDIs to be investigated. We will apply pharmacoepidemiological study design and causal-inference methods to evaluate potential causal associations between identified HDDI-ADE pairs.