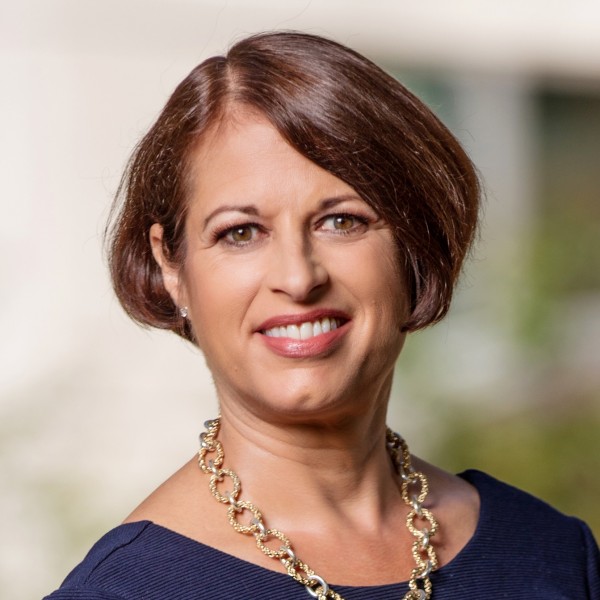 When Julie Johnson, PharmD, BS ’85, followed in her parents’ footsteps to become a Buckeye, she didn’t know that exposure to many facets of pharmacy at The Ohio State University College of Pharmacy would eventually steer her toward a career in clinical research.

Now, as dean of the University of Florida’s (UF) College of Pharmacy and distinguished professor, Dr. Johnson created a gift fund at both Ohio State and UF to support PharmD students’ exposure to clinical and translational research.

“Two universities have set me up to have the success I have had – one was Ohio State, from the training perspective, and one was UF, where I did the vast majority of my work,” Dr. Johnson said. “I felt compelled to make gifts at both places to honor the role those institutions played in where I am in my career and to provide opportunities for others to be successful.”

Dr. Johnson’s gifts will allow the first awards to be offered to students as soon as this summer. She is also providing future funding to the Ohio State College of Pharmacy through the designation of one of her retirement accounts. Her legacy gift, when realized, will make permanent the Dr. Julie Johnson Clinical and Translational Research Endowed Fund.

A native of Delaware County, Ohio, Dr. Johnson said that when she started pharmacy school, she planned to own a pharmacy. “My dad owned his own business, so I thought that following that path was what I wanted to do,” Dr. Johnson said.

Toward the end of her time at Ohio State, Dr. Johnson became more interested in academia – getting her first taste of laboratory research by chance.

“I was supposed to do a clinical rotation in psychiatry but the preceptor unexpectedly had to cancel the rotation. I ended up working in a lab instead,” Dr. Johnson said. “Prior to working in the lab, I had never considered it because I didn’t like chemistry lab. It really opened my eyes to what the research path could be.”

She said this experience was lucky for her because it cemented her interest in pursuing a career in academia research. After graduating with her BS from the Ohio State College of Pharmacy, Dr. Johnson attended the University of Texas for her PharmD. She then returned to Ohio State to complete a post-doctoral fellowship in cardiovascular pharmacology/pharmacokinetics.

In 2015, 2016 and 2017, she was named a Thomson Reuters (now Clarivate Analytics) Highly Cited Scientist in Pharmacology and Toxicology, and in 2018 in the Cross-Discipline category, putting her in the top 1% of the most highly cited scientists in the field globally. She was elected to the National Academy of Medicine in 2014.

Because of her time in academia, Dr. Johnson knows that many pharmacy students—like herself at one point— can hold misperceptions of clinical research due to a lack of experience in the area. She hopes that, through her gifts, she can encourage more students to explore the different areas that pharmacy has to offer.

“There are a lot of ways in which people can be happy in pharmacy but there are places that someone is best fitted, and you’re not going to know that if you don’t try,” she said. “Students, especially those at research-intensive universities like Ohio State and UF, should take advantage of being able to try research because not every school of pharmacy can offer those same opportunities.”