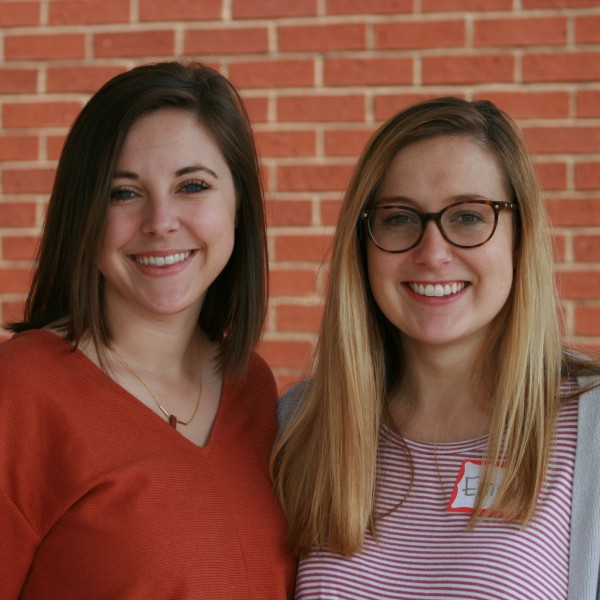 Naloxone has been proven to save lives, but the opioid overdose antidote isn't always in the right place at the right time. Emma Siegel and Abby Block are on a mission to change that.

The College of Pharmacy P2 students launched the Opioid Overdose Response Task Force as part of their Albert Schweitzer Fellowship, a program that provides opportunities to health-focused graduate and professional students to design and implement a public health-based project in their community.

"Emma and I designed our project around fostering community conversation about how and where to get naloxone, and why the community needs more people to carry it," Block said. "Some of the statistics in Franklin County are pretty harrowing, and by educating different populations on how to get it, we hope to increase the number of people who carry naloxone."

In collaboration with SafePoint, a harm-reduction program through Equitas Health in Columbus, and under the mentorship of Jennifer Rodis, PharmD, BCPS, FAPhA, assistant dean of outreach and engagement at COP, Siegel and Block have focused on the role pharmacies play in dispensing naloxone. They surveyed pharmacies in and around Franklinton – an area west of downtown Columbus which is particularly hard-hit by the opioid epidemic – and found that on average they dispensed only 2.5 naloxone kits each month.

“There is a lot of discussion in pharmacy about the importance of naloxone accessibility,” Block said. “In Ohio especially, protocols allow pharmacies to provide naloxone without prescriptions to anyone who asks for it. . . . It seems that for all the work done to expand access, people weren’t using pharmacies as much as they could to address overdose.”

Siegel and Block set out to educate the community about addiction and overdose so they could break down the associated stigmas and increase the usage of naloxone.

Siegel and Block set up tables at local recreation centers, businesses and a homeless youth drop-in center to promote community conversation and educate about naloxone access. They also have attended a health fair at the Ohio Reformatory for Women in Marysville, Ohio.

“We spoke to around 400 women about naloxone, some of whom had never heard of it and others who had used it or had it used on themselves,” Siegel said. “No matter each woman's story, every single person we talked to learned something new and was so receptive to what we had to say. It made us feel as though we really made an impact.”

Block said that she and Siegel will continue to educate the Columbus community about naloxone access and utilization throughout this year.

“As we continue having these conversations, it is really encouraging to hear how many people are interested in normalizing naloxone use," Block said. "If family, friends and the broader community were open to carrying naloxone, and if it’s as easy as asking your pharmacist for a kit through your insurance, maybe the stigma around overdose and addiction could be reduced and the community as a whole could do more."