Pharmacists have responsibility to advocate for health care regardless of citizenship 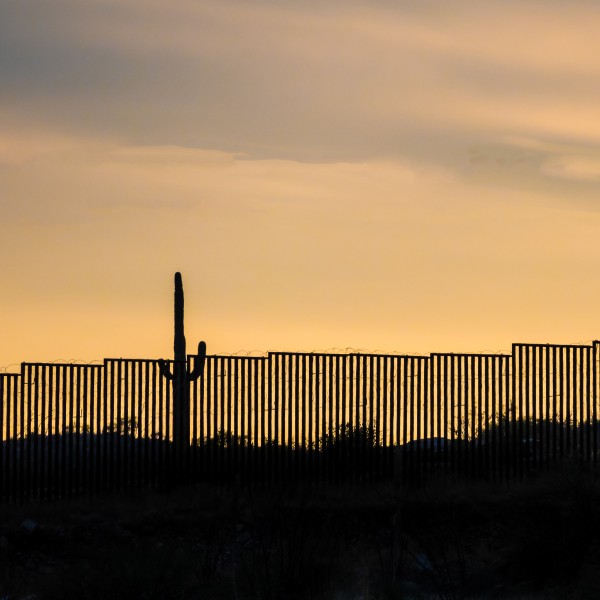 For decades, thousands of children have been held or are currently being held in migrant detention centers on the border. Some children, as young as 11, are being medicated without parental or judicial consent. But this trend in unethical medical care isn’t limited to children. Reports on unethical and inadequate medical care is rampant throughout detention centers, even in adults, says the humanitarian organization, Physicians for Human Rights.

The article, titled, “The pharmacist’s role in advocating for the health care of immigrants in detention centers,” was published in the Journal of the American Pharmacists Association. It argues the moral obligation pharmacists have to advocate for these vulnerable populations and take action on how migrants are being treated in border detention centers.

“This is not a political issue; this is a pharmacy issue, and it is the responsibility of members of the profession to speak up and take action,” the article said.

Oath and Code of Ethics for pharmacy professionals

Drs. Murphy and Rodis use the Oath of a Pharmacist and the Code of Ethics for Pharmacists, adopted by the American Pharmacists Association (APhA) and the American Association of Colleges of Pharmacy (AACP), as an argument for pharmacists to uphold their professional ethics and obligations as health care providers.

The oath states that pharmacists must “consider the welfare of humanity and relief of suffering” as their “primary concern."

The Code of Ethics for Pharmacists is as follows:

The article said pharmacy professionals must honor both pledges by advocating for these migrants to relieve suffering and speaking up about the thousands of health care violations in detention centers that have persisted for years.

Drs. Murphy and Rodis note that pharmacists and student pharmacists can take different avenues to enact change. All are encouraged and are necessary to advocate for this vulnerable patient population.

1) Advocate to members of Congress.

Congress has the authority to write and pass laws, especially those affecting migrant populations. Pharmacy professionals can write, call or schedule meetings with their representatives to voice their concerns from their skilled perspective.

Currently, pharmacists and student pharmacists cannot volunteer or donate to detention centers despite the professional population willing to volunteer time and effort to the cause. A change in volunteering and donation laws would lead to better health care outcomes if a law was passed, said the article.

2) Advocate to the Department of Homeland Security (DHS) and U.S. Customs and Border Protection (CBP)

Care of migrant populations being held in detention centers is coordinated by these two federally run organizations. Contacting DHS and CBP holds them accountable for this humanitarian crisis and lets them know that we as pharmacy professionals are aware of the situation and can help alleviate suffering.

Professional organizations can make this crisis a priority by publishing official policy statements, creating education campaigns and launching advocacy initiatives about this patient population’s care. This work will translate through interprofessional cooperation and serve as grassroots advocacy.
The article stated pharmacy professionals are experts in their field and should be empowered to honor their oath and professional code of ethics. Migrant populations in detention centers are suffering from medication mismanagement and lack of access to health care. It is the pharmacist’s moral obligation to act upon this issue and enact change.

"There is a humanitarian crisis affecting individuals detained in migrant detention centers within the United States that contradicts the official policies of professional pharmacy organizations and violates values held by members of the profession of pharmacy," Drs. Murphy and Rodis said. "The professional values of a pharmacist should not be hindered by a border or the citizenship of a patient. As is stated in the Oath of a Pharmacist, pharmacists must 'consider the welfare of humanity and relief of suffering [their primary concern.'