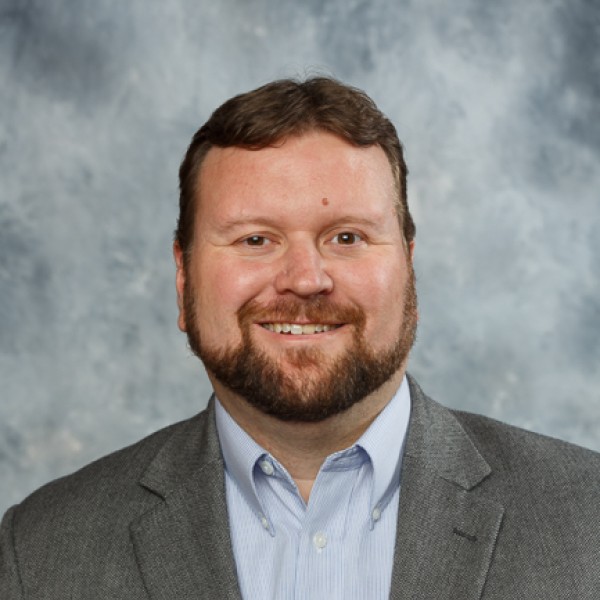 The College of Pharmacy has named James R. Fuchs, PhD, associate dean for research and graduate studies effective September 1, 2022. Dr. Fuchs previously served as professor, as well as the vice chair for the College of Pharmacy’s Division of Medicinal Chemistry and Pharmacognosy and chair of the college’s Graduate Studies Committee.

As associate dean for research and graduate studies, Dr. Fuchs will oversee and advance the college’s graduate programs and support for graduate and postgraduate trainees; enhance the reputation of research programs; act as the college’s research officer for compliance and be the liaison to the university’s Office of Research; and coordinate the college’s activities in technology commercialization.

Dr. Fuchs is a great scientist, mentor, leader and collaborator. I am confident he will build on the great work the college is doing to advance the impact and reputation of research programs within the College of Pharmacy."

Dr. Fuchs was trained as a synthetic chemist with expertise in the synthesis of small molecules for the treatment of various diseases. His primary area of interest includes the design and modification of bioactive lead molecules for therapeutic applications. As a graduate student, Dr. Fuchs’ research involved the synthesis of five polycyclic natural products and the introduction of deep-seated structural changes to the core ring system of the natural product vindoline, respectively. Since becoming an independent investigator at Ohio State in 2007, his research in drug design and discovery has focused on the synthesis and structural modification of both natural products and synthetic leads primarily in the field of cancer research.

Dr. Cynthia Carnes most recently served in this role before transitioning to the university’s Office of Research as the senior associate vice president for research operations.

Under Dr. Carnes, the college built a culture of compliance and research safety, reduced the time to degree for PhD students, implemented a holistic admissions process for graduate studies, increased pharmaceutical industry collaborations and grew research commercialization licensing deals. Additionally, over the past five years, the college has seen the highest totals of National Institutes of Health (NIH) and total research funding ever recorded by the college – more than $58 million total – up almost 60% from the previous five years.