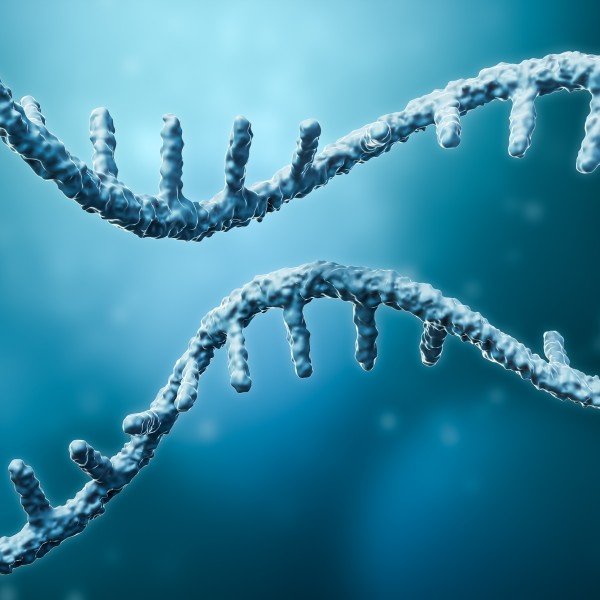 Many raised their eyebrows when pharmaceutical companies Pfizer, BioNTech and Moderna announced that their COVID-19 vaccines were a new style of immunizations and ready for use so quickly. But as the pandemic ravaged communities across the globe, scientists found an opportunity that could potentially save hundreds of millions of lives from a technology that has been heavily studied for a few decades, paving the way for future vaccines and treatments. This technology, known as messenger ribonucleic acid (mRNA), is a core piece of The Ohio State University College of Pharmacy’s research portfolio.

What is mRNA and how does it work?

mRNA are the instructions that cells naturally produce to make vital proteins that are necessary for the human body to operate. When you are exposed to a virus, the virus will use a special protein to attach itself to and inject its own DNA or RNA inside your cells. The infected cell then becomes a manufacturing unit for the virus by producing more of that virus.

Luckily, our immune system can recognize what is going on and will build antibodies to combat viral infections. However, this process doesn’t start immediately and for deadly viruses like measles, polio and COVID-19, our bodies need a head start in identifying and learning how to fight the virus to protect us.

The immune system takes notice of the foreign threat and develops antibodies to fight the spike proteins and breakdown the mRNA from the vaccine. The immune system is now prepared for an encounter with the specific virus that we are vaccinated against.

mRNA was first discovered in a lab in 1961 when scientists were trying to find out how cells replicated DNA to create proteins. Later, a 1971 study showed that it was possible to inject cells with foreign mRNA to produce the protein that mRNA coded.

Research continued and scientists found ways to successfully replicate and insert mRNA into more complex types of cells, eventually leading to vaccine trials in the early 1990s for influenza and cancer in mice. As trials went on, a few issues arose.

Immune systems quickly identified these types of mRNA as foreign after the vaccine was administered and destroyed it before it could cause an immune response. To overcome this, scientists in 2015 found that hiding mRNA in lipid nanoparticles—tiny clusters of fat—could disguise and transport mRNA so that it was not immediately eliminated without immune system detection. The lipid nanoparticles attached themselves to the cells in the body and successfully delivered mRNA.

Prior to the COVID-19 vaccine, most FDA-approved vaccines used one of four technologies:

1) Weakening a virus enough that it would safely illicit an immune response - Commonly used in measles, smallpox and chickenpox vaccines

3)Isolating a piece of a pathogen - Commonly used in HPV, pneumonia and meningitis vaccines

4) Using a weakened toxin - Used in the Tdap (tetanus, diphtheria and pertussis) vaccine

Vaccines using these traditional methods took years to develop – but with a global COVID-19 pandemic actively wreaking havoc on communities, we needed something quicker.

What makes mRNA vaccines so special is that scientists didn’t need to experiment on the pathogen itself to create the vaccine. They only needed the RNA sequence of the pathogen to replicate an mRNA sequence in a lab, instead of growing samples of the virus. This allowed scientists to design a vaccine within days.

Once the vaccine was designed, it was time to send it to pre-clinical trials. The trials indicated promise because they showed that the therapies caused our cells to produce the spike proteins, which triggers the immune system to fight the virus. The success in the pre-clinical trials meant that clinical trials could start. From design to the end of clinical trials, the process only took a few months. The speed of this was made possible by the convenience of mRNA technology.

Dr. Guo’s lab is internationally recognized for expertise in RNA nanobiotechnology and nanomedicine. Early in his career, Dr. Guo published an idea that a large number of previously undiscovered small RNA exist in cells, and he called them sRNA (Guo, P. et al. A small viral RNA is required for in vitro packaging of bacteriophage phi29 DNA. Science 1987; 236: 690). When he was in Dr. Bernard Moss’ lab in NIH, he invented a novel method for the production of the vaccinia virus mRNA capping enzyme (Guo P and Moss B, Interaction, and mutual stabilization of the two subunits of vaccinia virus mRNA capping enzyme co-expressed in Escherichia coli. PNAS, 1990 ,7:4023). This mRNA capping enzyme is currently used as an essential component for the production of COVID-19 mRNA vaccine. Without this capping enzyme, the mRNA will not be stable in human body and would not be able to translate into Covid-19 viral antigen to stimulate the immunity.

Dr. Guo proved the concept of RNA nanotechnology in 1998 (Guo, P., et. al., Mol Cell. 1998 2:149 Inter-RNA interaction of phage phi29 pRNA to form a hexameric complex for viral DNA transportation; featured in Cell at the same time). Recently, his team discovered that the dynamic RNA behaves like a living animal that possesses amoeba and rubbery deformative properties and with unusually efficient capabilities for passive tumor targeting and regression with swift clearance from the kidney, leading to efficient cancer inhibition with undetectable toxicity levels (Ghimire, C. et. al., and Guo, P., RNA Nanoparticles as Rubber for Compelling Vessel Extravasation to Enhance Tumor Targeting and for Fast Renal Excretion to Reduce Toxicity. ACS Nano. 2020 14:13180). He also constructed the first motor for viral DNA packaging, discovered the third type of biomotors using revolving mechanism without rotation, invented the method for using the motor channel for the sensing of DNA, RNA and peptides and for cancer diagnosis, and received patents that are now licensed to the world’s largest company that conducts high throughput single pore DNA sequencing.

Several commercial companies have licensed Dr. Guo’s medical patents and are working on pre-clinical staging for cancer therapies and diagnoses. Their groundbreaking research has resulted in more than eight international conferences including the Gordon Research Conference (GRC) on RNA Nanotechnology, for which Dr. Guo is founding chair, and a new International Society of RNA Nanotechnology and Nanomedicine (ISRNN), for which Dr. Guo serves as the founding president. Dr. Guo has received awards including The Ohio State University 2021 Innovator of the Year Award, the Pfizer Distinguished Faculty Award, Purdue Faculty Scholar Award, Lions Club Cancer Research Award, Distinguished Alumni of the University of Minnesota, and 100 Years Distinguished Chinese Alumni of the University of Minnesota, among others.

"As a professor in the Ohio State College of Pharmacy, I believe that creating and disseminating knowledge is my responsibility," Dr. Guo said. "I and pleased to see that RNA will be the third milestone in drug development. I am very proud that my invention in vaccinia viral mRNA capping enzyme production has now been used in COVID-19 mRNA vaccine development. Let us welcome the spring of RNA therapeutics."

Dr. Dong’s research focuses on drug discovery and delivery – specifically cell-specific and multifunctional drug delivery in vivo. Dr. Dong’s lab works to develop new biomaterials such as lipid nanoparticles for therapeutic and diagnostic applications, engineer RNA molecules including mRNAs and the CRISPR systems (including work that has been licensed), and construct adoptive cell therapy such as macrophages and stem cells. He has been recognized for this work with numerous awards including the 2020 American Association of Pharmaceutical Scientists (AAPS) Emerging Leader Award, the 2018 Nano Research Young Innovator in NanoBiotech Award, the 2018 Young Innovator in Cellular and Molecular Bioengineering and The Ohio State University Early Career Innovator of the Year, among others. Dr. Dong has published more than 60 papers and has over 30 issued and pending patents. Several of his inventions have been licensed and are currently under development as candidates for clinical trials.

“I believe that more and more mRNA-based vaccines and therapeutics will be translated from bench to bedside and improve the quality of life,” Dr. Dong said.

What does this technology mean for future treatments and vaccines?

Vaccines made with mRNA technology are much quicker to create than traditional methods and may have a lower cost of production, making this technology an obvious choice for future vaccines. When researchers discovered they could use lipid nanoparticles to successfully administer the vaccines, they created a massive breakthrough in vaccine technology that has the potential to alter the future of vaccine production. The science around mRNA vaccines had to be perfected before releasing it to the public and came just in time for the pandemic.

Vaccine trials are already underway for other diseases. BioNTech is currently studying mRNA vaccines for HIV and has been researching mRNA for cancer for the past two decades. Their cancer vaccine is in Phase II of testing.

One of the same scientists who created the technology for Pfizer-BioNTech’s and Moderna’s COVID-19 vaccines is in the process of making a vaccine for a single pan-coronavirus vaccine.