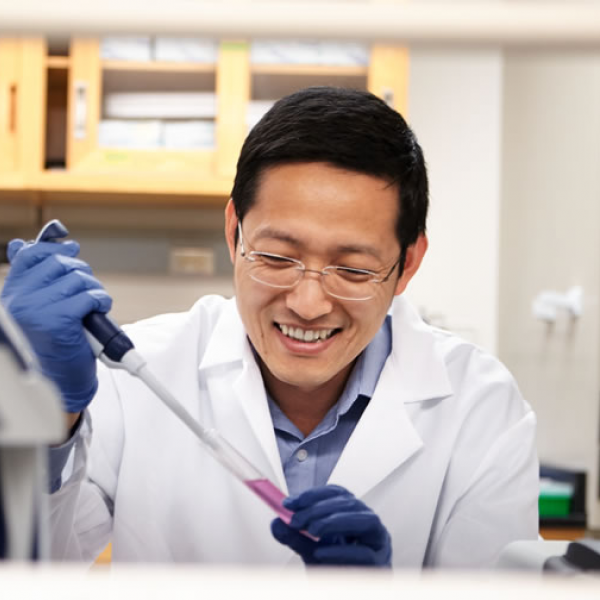 Researchers have developed a way to prop up a struggling immune system to enable its fight against sepsis, a deadly condition resulting from the body's extreme reaction to infection.

The scientists used nanotechnology to transform donated healthy immune cells into a drug with enhanced power to kill bacteria.

This work focuses on a treatment for late-stage sepsis, when the immune system is compromised and unable to clear invading bacteria. The scientists are collaborating with clinicians specializing in sepsis treatment to accelerate the drug-development process.

"Sepsis remains the leading cause of death in hospitals. There hasn't been an effective treatment for late-stage sepsis for a long time. We're thinking this cell therapy can help patients who get to the late stage of sepsis," said Yizhou Dong, senior author and associate professor of pharmaceutics and pharmacology at The Ohio State University. "For translation in the clinic, we believe this could be used in combination with current intensive-care treatment for sepsis patients."

The study is published today (Jan. 6, 2020) in Nature Nanotechnology.

Sepsis itself is not an infection – it's a life-threatening systemic response to infection that can lead to tissue damage, organ failure and death, according to The Centers for Disease Control and Prevention. The CDC estimates that 1.7 million adults in the United States develop sepsis each year, and one in three patients who die in a hospital has sepsis.

This work combined two primary types of technology: using vitamins as the main component in making lipid nanoparticles, and using those nanoparticles to capitalize on natural cell processes in the creation of a new antibacterial drug.

Cells called macrophages are one of the first responders in the immune system, with the job of "eating" invading pathogens. However, in patients with sepsis, the number of macrophages and other immune cells are lower than normal and they don't function as they should.

In this study, Dong and colleagues collected monocytes from the bone marrow of healthy mice and cultured them in conditions that transformed them into macrophages. (Monocytes are white blood cells that are able to differentiate into other types of immune cells.)

From here, researchers delivered the nanoparticles loaded with that messenger RNA into the macrophages they had produced with donor monocytes, and let the cells take it from there to "manufacture" a new therapy.

After seeing promising results in cell tests, the researchers administered the cell therapy to mice. The mouse models of sepsis in this study were infected with multidrug-resistant Staphylococcus aureus and E. coli and their immune systems were suppressed.

Dong considers the lipid nanoparticle delivery of messenger RNA into certain kinds of immune cells applicable to other diseases, and his lab is currently working on development of cancer immunotherapy using this technology.