The Journal of Natural Products

The Journal of Natural Products

The Division of Medicinal Chemistry and Pharmacognosy at The Ohio State University College of Pharmacy is the home of the Journal of Natural Products' head office. 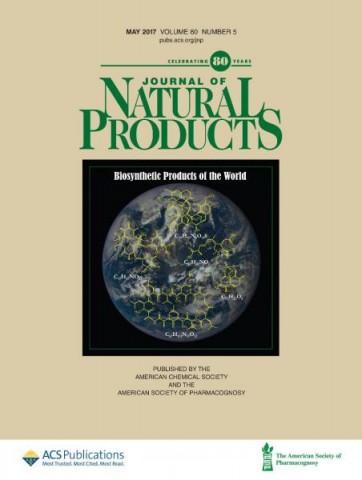 The Journal of Natural Products has been the scientific journal of The American Society of Pharmacognosy since 1961, but was first published as Lloydia in 1938 by the Lloyd Library and Museum. This institution was founded by John Uri Lloyd, and its development was fostered by his brothers Curtis Gates Lloyd and Nelson Ashley Lloyd. The library is a repository of an internationally famous collection of literature in the natural sciences with preeminence in the pharmaceutical sciences, eclectic medicine, botany, and chemistry, and is available to scientists and others for reference and research.

The Journal of Natural Products invites and publishes papers that make substantial and scholarly contributions to the area of natural products research. Contributions may relate to the chemistry and/or biochemistry of naturally occurring compounds or the biology of living systems from which they are obtained. Specifically, they may be articles that describe secondary metabolites of microorganisms, including antibiotics and mycotoxins; physiologically active compounds from higher plants and animals; biochemical studies, including biosynthesis and microbiological transformations; fermentation and plant tissue culture; the isolation, structure elucidation, and chemical synthesis of novel compounds from nature; and the pharmacology of compounds of natural origin.